Effluent (1.2 MGD) from an anaerobic digester was being treated with ferric chloride to control sulfide. The ferric chloride treatment failed to sufficiently reduce hydrogen sulfide emissions (88% reduction) while simultaneously increasing TSS due to ferric sulfide formation. The ferric chloride was replaced with the AOTech process, yielding a 97% sulfide reduction while reducing TSS discharge concentrations by 27%. Treatment with the AOTech process provided control of hydrogen sulfide emissions while simultaneously reducing monthly TSS surcharges assessed by the municipal WWTP.

Industrial effluent (3.3 MGD) discharged to a municipal WWTP was being treated with a liquid oxygen diffusion system for the purpose of sulfide control. The liquid oxygen system was unable to control the sulfide in the short retention time available (68% reduction), so the AOTech process was introduced to boost reaction rates, resulting in a 99% reduction in sulfide concentrations.

Produced water was being treated via electrocoagulation, however elevated sulfide levels resulted in greatly reduced electrode life due to corrosion. The shortened electrode life and decreased efficiencies led to greatly reduced throughput and downtime. The AOTech process was utilized as a pretreatment step to rapidly destroy sulfide as well as break emulsions prior to being fed to the EC unit, thus increasing throughput volumes through the EC unit, decreasing costly downtime, increasing electrode lifespan, and increasing profitability.

A sequential batch reactor (SBR) was challenged by a range of conditions including odor issues from sulfide species and volatile fatty acids, septicity, and settling issues due to filamentous bacteria. The AOTech process was introduced as a pretreatment step to address the odors and eliminate the settling issues. As a result of the treatment, sulfide and volatile fatty acid odors were eliminated, septic conditions disappeared along with filamentous bacteria, settling improved drastically, and COD reduction improved markedly.

Condensate underflow (86,000 gpd) from a pulp and paper mill discharged into an aerated stabilization basin was leading to odor complaints from the surrounding community. Previous efforts to control odors using hydrogen peroxide were unsuccessful. The AOTech process was utilized to destroy sulfide, thiols, and volatile organic acid odors with no negative impact to performance in the treatment system.

A 40-million-gallon lagoon contained high COD and BOD loading, leading to anoxic conditions and the formation of sulfide. These sulfide odors required treatment to address continuing community complaints. Utilizing strategically placed circulation pumps totaling 1,800 gpm, the AOTech process was applied to rapidly destroy the sulfide in the lagoon. Sulfide concentrations prior to treatment were 20 mg/L, and 0 mg/L following treatment. Following the initial treatment, a smaller dose was implemented to maintain the 0 mg/L sulfide concentration.

A chemical production facility was challenged by a highly odorous, very stable emulsified oil and water stream. Odors from this small effluent stream were a major source of complaints within the community. The stream contained hydrogen sulfide and numerous mercaptan compounds that volatilized quickly through the conveyance system. Oil water separators were unable to remove sufficient amounts of oil from the stream due to the emulsion’s stability. The AOTech process coupled with an emulsion breaker allowed the oil water separator to perform as designed removing much of the up to 5 wt/wt% organic content.   The effluent stream contained no hydrogen sulfide and had a mercaptan reduction of greater than 90% eliminating odor complaints associated with this stream. 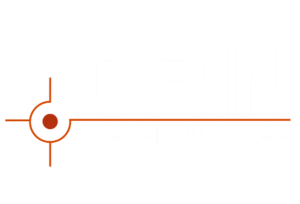